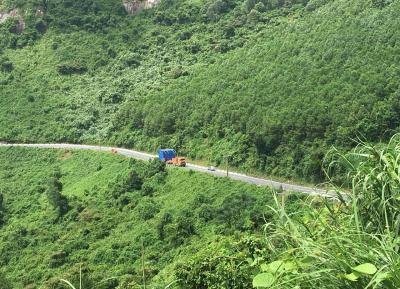 Following the 1st shipment reported in February 2017 (click here to view), Crown Logistics have been continuously handling the project with the 2nd, 3rd, 4th and 5th shipments now completed with more coming before the end of the year. They have successfully moved 6 x 40'FR, 5 x 40'HC as well as 400RT of bulk cargo (generators and parts) from Danang Port to the jobsite up the hill of Alin in Hue City at a distance of approximately 200km along the Provincial Route 11B (including passing through the Hai Van tunnel).

Managing Director, Peter Linh states; "With all these shipments, we conducted prior survey trips case-by-case to understand the difficulties of transportation in the heavy rainy season with storms happening during the move in the central areas of Vietnam.

The route involved a currently under construction underground bridge with the vehicle having to wade through underground. When the equipment is transported in the rainy season while the bridge is not completed, it can be very difficult if the water surges high. Therefore, it is necessary to investigate the water levels before beginning the transport. There was also a weak 1 span bridge on the road to the Alin jobsite which meant that for the 60tn generators crossing the bridge, it was necessary to use lining sheets of 25mm thick steel at 12m long and 2m wide.

As well as the above, the road to the jobsite was a difficulty as it was made of poor terrain and could become very slippery with mountain and drops on either side and swampy ground on the entrance. As always with such a risky job, we ensured safety as our highest responsibility at all times."

Crown Logistics have been reliably and consistently successful in delivering the 2nd, 3rd, 4th and 5th shipments to the jobsite. Peter concludes; "In the 4th quarter of 2017 and 1st quarter of 2018, we will handle the rest of the shipments for this project before full completion by the end of March 2018".

Click the gallery below for photos of the operations. 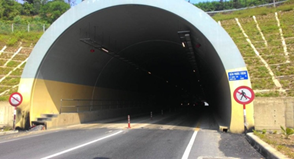 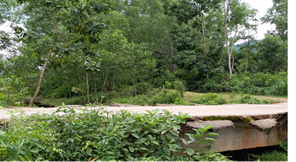 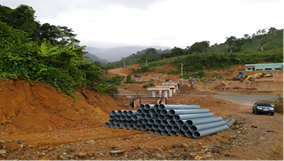